Column: Ricketts family will honor itself to celebrate the end of their Wrigley Field renovation plan — while the Chicago Cubs continue to be unwatchable

Two of the most frequently asked questions I’ve gotten the last few weeks:

Some fans feel sorry for Hoyer, the Cubs president, for having this mess “dumped in his lap” by predecessor Theo Epstein, who resigned last fall with one year remaining on his contract while knowing the fates of Anthony Rizzo, Kris Bryant and Javier Báez were up in the air.

Others are more concerned about Ross, who watched Hoyer trade his best players — and some close friends — forcing the second-year manager to try to compete with a talent-deficient roster. “Ross didn’t sign up for this” is a common phrase.

My answer to everyone who asks is the same: Save your tears. 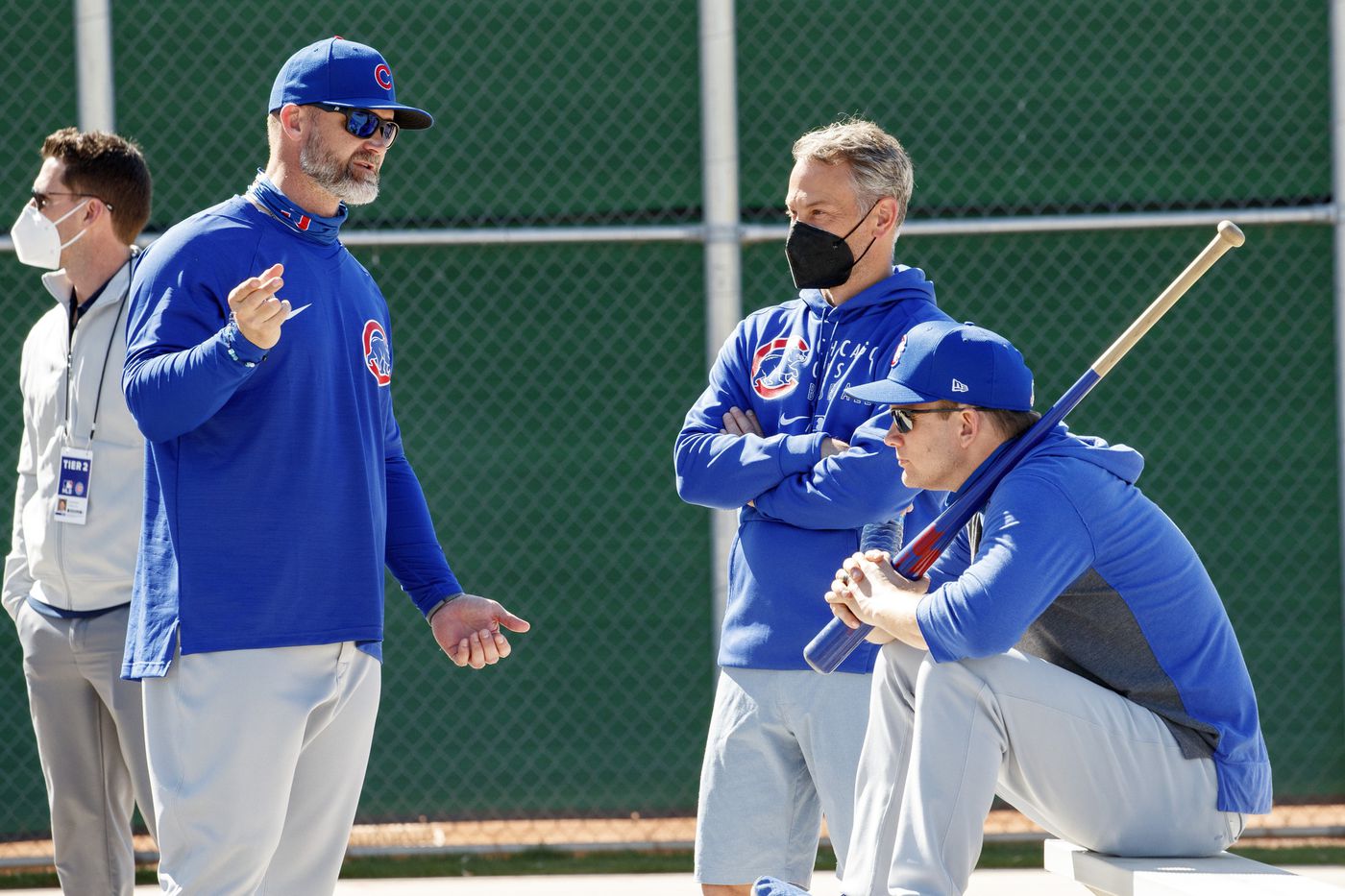 Hoyer and Ross knew what they were getting into, and neither can be labeled a victim in this ongoing train wreck of a season.

Hoyer was general manager of the Cubs for nine years before being promoted, so he is at least partly responsible for the lack of extensions and absence of organizational depth that put the Cubs in this predicament.

Ross was not interviewed by any other team for a managerial opening in 2019, so his choice was to become the Cubs manager knowing the “Big 3″ could be gone by his second season or continue making a nice living as an ESPN analyst and celebrity endorser from his “Dancing with the Stars” appearance.

The Cubs lost 11 straight in late June and early July, leading to Hoyer’s massive sell-off that still reverberates almost three weeks later. The Cubs finally ended a 12-game skid with a 2-1 victory Tuesday night in Cincinnati, coming within two losses of the franchise record of 14 consecutive defeats set in 1997.

I wrote about that ’97 debacle during the earlier winless stretch, so there’s no need to rehash the horrors and comedic mishaps of the Andy MacPhail era.

But in my newly created role as senior Cubs losing streak expert — having been part of the Tribune’s coverage of four of the longest losing streaks in Cubs history — I can report this season is exponentially worse than either 1997 or 2012, when the Cubs lost 12 straight during the first year of the rebuild.

In essence, the 2021 Cubs have featured two groups of everyday players suffering through double-digit losing streaks — with Hoyer and Ross as the common denominators.

Naturally, the Cubs are trying to make lemonade with lemons. They’re increasing the number of minor-league games carried on Marquee Sports Network, which makes sense. The White Sox did likewise on NBC Sports Chicago when their top prospects were developing in the minors.

And the Cubs also are showcasing their beloved ballpark, celebrating the end of the renovation of Wrigley Field with a “rededication” event Thursday afternoon in Gallagher Way. According to a Cubs news release, the team will unveil two plaques to “commemorate Wrigley Field’s official designation as a National Historic Landmark and … the Ricketts family’s commitment to preserving Wrigley Field.”

That’s right. The Ricketts family is honoring the Ricketts family for “preserving” the iconic ballpark by adding more premium clubs, advertising and a video board, while also charging more for tickets than almost anyone else in the game.

Cubs fans were rewarded with a championship season in 2016 and a promise from the owners and business operations President Crane Kenney that all the revenue from the improvements would go right back into the team to make it competitive for years to come.

The Ricketts family spent enough to win but the team didn’t reciprocate. The Cubs failed to repeat in 2017, blew the division title with a late collapse in 2018, missed the postseason in 2019, endured the fan-free experience of the COVID-19 pandemic in 2020 and dumped the contract of ace Yu Darvish to reduce payroll.

The surge in May that briefly put the Cubs in first place gave fans hope Hoyer would re-sign at least one or two of the Big 3, but the subsequent collapse made the sell-off inevitable.

So here we are in the middle of another classic Cubs free-fall with seven weeks remaining.

The one question I’ve yet to hear this summer is this: “Don’t you feel sorry for the Rickettses?”

When a team such as the San Diego Padres outspends you, you’re not living up to your promise of investing your profits back into the team.

At Cubs Convention in January 2020, Chairman Tom Ricketts said the team’s promise to fans over the next decade was to “continue to have the best relationship with our fans of any professional sports team in the world, and that starts with the Marquee Network.”

“What do you have against the Marquee Network?” he asked. “Believe me, you won’t be booing about that in a year.”

Maybe they’re now saying “Boog” and not “boo.” Who knows?

Either way, the Rickettses got their renovation and their TV network, not to mention their giant video board, rooftop clubs, an office building, a hotel and restaurants, including the shuttered Maddon’s Post, which recently was used to administer COVID-19 vaccines. Soon they’ll cram a sports book facility at the corner of Addison and Sheffield to make even more money.

What they don’t have is a team that’s watchable — and that’s on them.